In the early hours of Saturday, July 16, 2022, Thomas Chow, Kimberly Chow, Ryan Umemoto, Varney Range, Derek Takahashi, Dacia Takahashi, Kevin Matsumoto, David Boute, Maea Lefotu, together with members of the National Association of Superintendents, gathered at Waianae Boat Harbor to meet the 59 boats competing in the 2022 Pearl Harbor Naval Shipyard 28th Annual Fishing Tournament.   Each boat had to report for a fish box inspection prior to getting underway as the tournament is a lure only, trolling competition – no live bait permitted.  Each boat has the choice lure designed to attract the attention of the Ahi, Au, Ono, Aku, and Mahi-mahi using appearance, movements, vibrations, and flashy colors to entice the fish to strike at the lures.  The first fish unable to resist the lure was a Mahi-mahi reported by MAXIMUS, Captained by Todd Dunlap at 5:36 am.

But lures alone are not sufficient to hook a fish. First the boat must locate the fish and the best time to locate fish is when they are most active.  Many environmental factors effect fish activity including sun, moon, tides, and weather.  Fortunately for the fisherman, Saturday was a beautiful Hawaiiana day with our typical moderate trade winds, slightly overcast conditions, no precipitation, and an adolescent moon.  Conditions at sea were surprisingly smooth, despite the high sea warning issued by the National Weather Service. In addition to the high sea warning was a high surf warning due to a large incoming south swell.  By 3:00 pm when fishing ended and the boats began making their way to the harbor to get to the scales before the 5:00 pm deadline, the large south swell began making its presence known at the harbor entrance.  Each incoming boat had to navigate around the breaking wave at the harbor entrance together with timing and speed the boats made their way to the boat launch.

In total, 63 boats registered for the tournament. No shows and mechanical problems decreased the number of competitors to 58 of which 24 boats managed to be at the right location with the perfect lure to land a fish.

Each boat that landed a fish made its way to the scale where a team of riggers, a weigh master, and hoist operator recorded the weight of each fish.  The weighed fish was compared to bridge-to-bridge radio reports from the boat that was required when they hooked a fish and with some luck landed the fish ensuring the legitimacy of each catch brought to the scale.  A witness from the boat along with the Weigh Master and a tournament volunteer affirmed the weight which was then recorded into a computer along with the boat and fish species.

While the tournament was open to all Pearl Harbor Naval Shipyard employees, retirees and ohana, the tournament is organized and run by Federal Managers Association Chapter 19 and the National Association of Superintendents, Hawaii Chapter. Just as significant as the support crew are the many sponsors who pledged their support with donations and prizes. A special thanks to all the sponsors.  The tournament coordinators make sure the boats and crowd eager to see the weigh-in are well aware of the sponsors and their contributions.  Regular announcements across the bridge-to-bridge radios as well as by the tournament master of ceremony highlight their support and contributions. 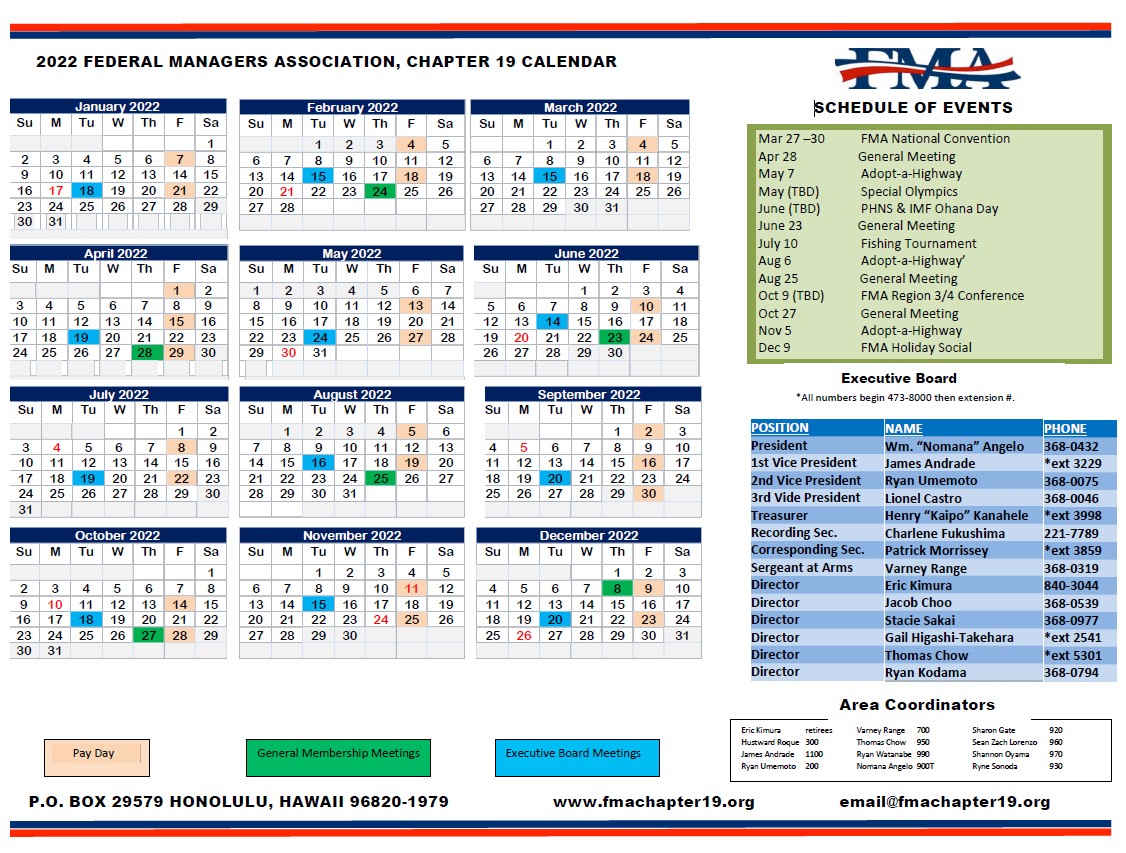